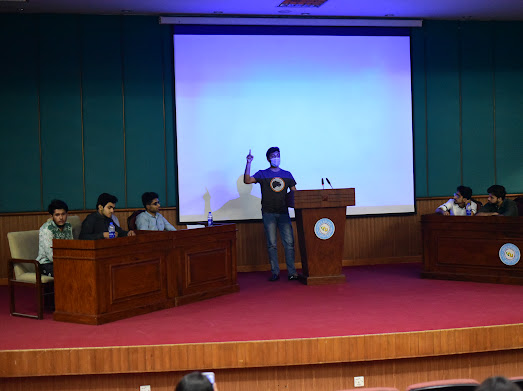 IntraFAST Debating Competition took place on 11th May, 2022. The competition was held between 20 teams in total. The entire competition comprised of 2 preliminary rounds which were conducted in 5 separate rooms. Furthermore, the Debate was in British Parliamentary style and 4 teams were shortlisted and sent to the finale. Finale was conducted on the next day followed by an award ceremony.