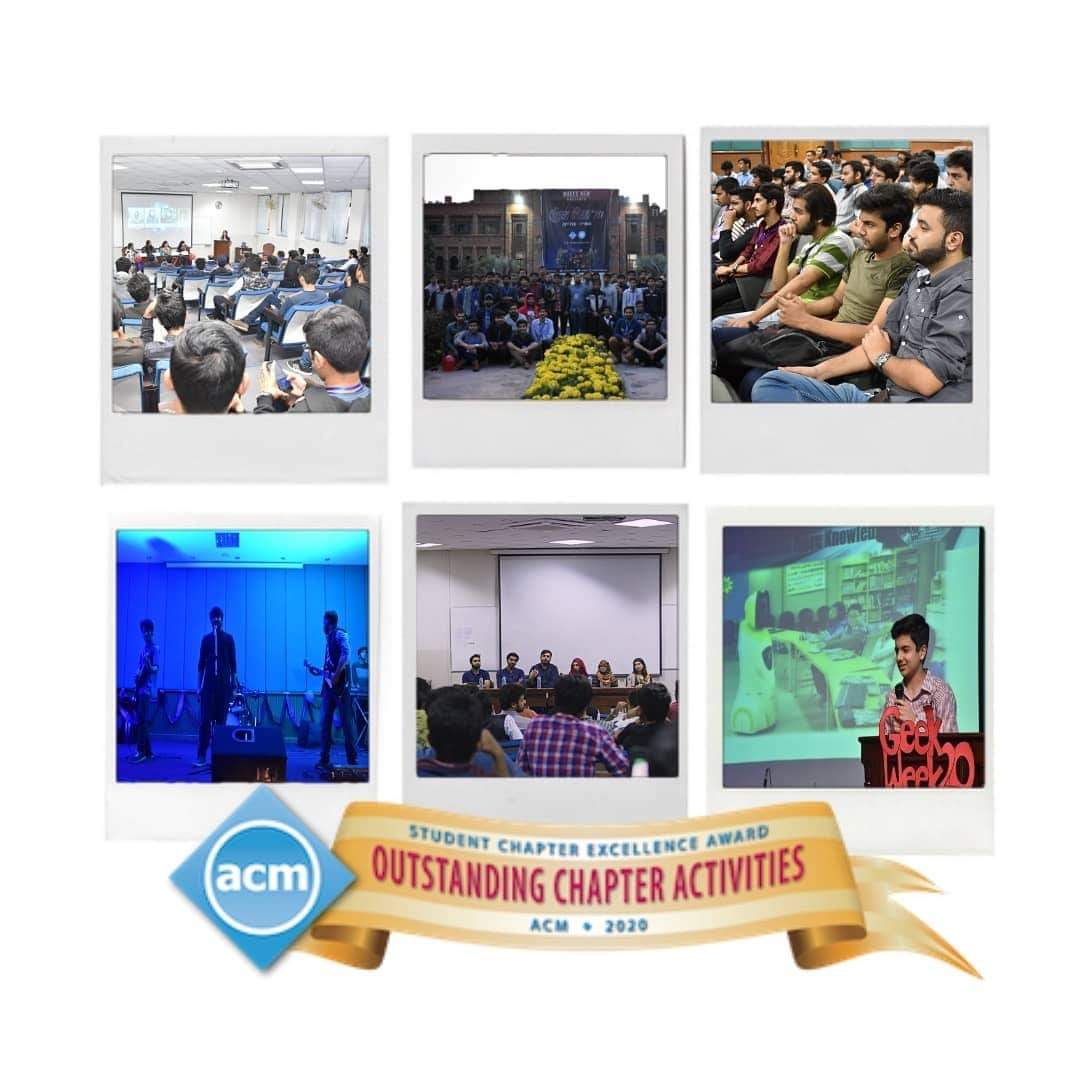 FAST University’s NUCES ACM Lahore Chapter has for the 2nd time won the coveted international excellence award for “Outstanding Chapter Activities”. ACM (Association for Computing Machinery) is an international learned society for computing which is considered as the largest and most prestigious scientific and educational computing society in the world. ACM Student Chapters are the “local neighborhoods” of ACM that facilitate communication and collaboration within a university’s computer science community. Currently, there are over 680 ACM Student chapters all over the world. The ACM Student Chapter Excellence Awards are held every year in Spring and recognize chapters that display considerable initiative during the year relating to their Activities, Recruitment, Website, Community Service, and School Service. The Outstanding Chapter Activities Award is given to chapters that sponsor a series of exceptional activities throughout the year or have focused their efforts on a single major activity. NUCES ACM had previously been awarded the same excellence award in 2014. ACM International headquarters staff and judges were reportedly impressed by the work and the effort made this year, and they chose NUCES ACM for the “Outstanding Chapter Activities” excellence award based on the creativity, insight, and how well the chapter's objectives were fulfilled, as well as for the its overall commitment to computing. Throughout the year 2019-20 NUCES ACM organized multiple tech oriented events, most notably its flagship event Geek Week ’20 in February, 2020, comprising various workshops, seminars, and competitions. While announcing the news, NUCES ACM thanked advisors, mentors, members, partnering societies, and the guests for making this year the stellar success that it was. They aspire to continue their success and further the cause of propagating computing knowledge and helping the community in 2020-21.